The main purpose of Daylight Saving Time (called "Summer Time" in many places in the world) is to make better use of daylight. We change our clocks during the summer months to move an hour of daylight from the morning to the evening. Countries have different change dates. Glide your cursor over the map to see how changing the clocks affects different latitudes.

If you live near the equator, day and night are nearly the same length (12 hours). But elsewhere on Earth, there is much more daylight in the summer than in the winter. The closer you live to the North or South Pole, the longer the period of daylight in the summer. Thus, Daylight Saving Time (Summer Time) is usually not helpful in the tropics, and countries near the equator generally do not change their clocks. 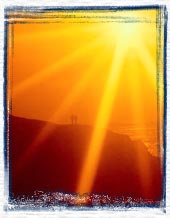 A poll conducted by the U.S. Department of Transportation indicated that Americans liked Daylight Saving Time because "there is more light in the evenings / can do more in the evenings." A 1976 survey of 2.7 million citizens in New South Wales, Australia, found 68% liked daylight saving. Indeed, some say that the primary reason that Daylight Saving Time is a part of many societies is simply because people like to enjoy long summer evenings, and that reasons such as energy conservation are merely rationalizations.

According to some sources, DST saves energy. Studies done by the U.S. Department of Transportation in 1975 showed that Daylight Saving Time trims the entire country's electricity usage by a small but significant amount, about one percent each day, because less electricity is used for lighting and appliances. Similarly, in New Zealand, power companies have found that power usage decreases 3.5 percent when daylight saving starts. In the first week, peak evening consumption commonly drops around five percent.

The rationale behind the 1975 study of DST-related energy savings was that energy use and the demand for electricity for lighting homes is directly related to the times when people go to bed at night and rise in the morning. In the average home, 25 percent of electricity was used for lighting and small appliances, such as TVs and stereos. A good percentage of energy consumed by lighting and appliances occurred in the evening when families were home. By moving the clock ahead one hour, the amount of electricity consumed each day decreased. 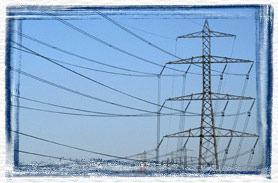 In the winter, the afternoon Daylight Saving Time advantage is offset for many people and businesses by the morning's need for more lighting. In spring and fall, the advantage is generally less than one hour. So, the rationale was that Daylight Saving Time saves energy for lighting in all seasons of the year, but it saves least during the four darkest months of winter (November, December, January, and February), when the afternoon advantage is offset by the need for lighting because of late sunrise.

In addition, less electricity was thought to be used because people are home fewer hours during the "longer" days of spring and summer. Most people plan outdoor activities in the extra daylight hours. When people are not at home, they don't turn on the appliances and lights.

Although a 1976 report by the National Bureau of Standards disputed the 1975 U.S. Department of Transportation study, and found that DST-related energy savings were insignificant, the DOT study continued to influence decisions about Daylight Saving Time.

The argument in favor of saving energy swayed Indiana, where until 2005, only about 16 percent of counties observed Daylight Saving Time. Based on the DOT study, advocates of Indiana DST estimated that the state’s residents would save over $7 million in electricity costs each year. Now that Indiana has made the switch, however, researchers have found the opposite to be the case. Scientists from the University of California, Santa Barbara, compared energy usage over the course of three years in Indiana counties that switched from year-round Standard Time to DST. They found that Indianans actually spent $8.6 million more each year because of Daylight Saving Time, and increased emissions came with a social cost of between $1.6 million and $5.3 million per year. Commentators have theorized that the energy jump is due to the increased prevalence of home air conditioning over the past 40 years, in that more daylight toward the end of a summer’s day means that people are more likely to use their air conditioners when they come home from work.

However, recent research indicates that pedestrian fatalities from cars soar at 6:00 p.m. during the weeks after clocks are set back in the fall. Walkers are three times as likely to be hit and killed by cars right after the switch than in the month before DST ends. Researchers from Carnegie Mellon University, who found a 186 percent jump in the risk of being killed by a car for every mile walked, speculate that drivers go through an adjustment period when dusk arrives earlier. Although the risk drops in the morning, because there are fewer pedestrians at 6:00 a.m., the lives saved in the morning don’t offset those lost in the evening.

There may also be an economic benefit to DST, as daylight evening hours encourage people to go out and shop, potentially spurring economic growth. 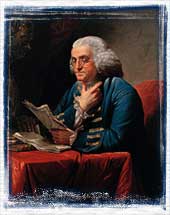 The idea of daylight saving was first conceived by Benjamin Franklin (portrait at right) during his sojourn as an American delegate in Paris in 1784, in an essay, "An Economical Project." Read more about Franklin's essay.

Some of Franklin's friends, inventors of a new kind of oil lamp, were so taken by the scheme that they continued corresponding with Franklin even after he returned to America.

The idea was first advocated seriously by London builder William Willett (1857-1915) in the pamphlet, "Waste of Daylight" (1907), that proposed advancing clocks 20 minutes on each of four Sundays in April, and retarding them by the same amount on four Sundays in September. As he was taking an early morning a ride through Petts Wood, near Croydon, Willett was struck by the fact that the blinds of nearby houses were closed, even though the sun was fully risen. When questioned as to why he didn't simply get up an hour earlier, Willett replied with typical British humor, "What?" In his pamphlet "The Waste of Daylight" he wrote:

"Everyone appreciates the long, light evenings. Everyone laments their shortage as Autumn approaches; and everyone has given utterance to regret that the clear, bright light of an early morning during Spring and Summer months is so seldom seen or used."

About one year after Willett began to advocate daylight saving (he spent a fortune lobbying), he attracted the attention of the authorities. Robert Pearce - later Sir Robert Pearce - introduced a bill in the House of Commons to make it compulsory to adjust the clocks. The bill was drafted in 1909 and introduced in Parliament several times, but it met with ridicule and opposition, especially from farming interests. Generally lampooned at the time, Willett died on March 4, 1915.

Following Germany's lead, Britain passed an act on May 17, 1916, and Willett's scheme of adding 80 minutes, in four separate movements was put in operation on the following Sunday, May 21, 1916. There was a storm of opposition, confusion, and prejudice. The Royal Meteorological Society insisted that Greenwich time would still be used to measure tides. The parks belonging to the Office of Works and the London County Council decided to close at dusk, which meant that they would be open an extra hour in the evening. Kew Gardens, on the other hand, ignored the daylight saving scheme and decided to close by the clock.

In Edinburgh, the confusion was even more marked, for the gun at the Castle was fired at 1:00 p.m. Summer Time, while the ball on the top of the Nelson monument on Calton Hill fell at 1:00 Greenwich Time. That arrangement was carried on for the benefit of seamen who could see it from the Firth of Forth. The time fixed for changing clocks was 2:00 a.m. on a Sunday.

There was a fair bit of opposition from the general public and from agricultural interests who wanted daylight in the morning, but Lord Balfour came forward with a unique concern:

"Supposing some unfortunate lady was confined with twins and one child was born 10 minutes before 1 o'clock. ... the time of birth of the two children would be reversed. ... Such an alteration might conceivably affect the property and titles in that House."

After World War I, Parliament passed several acts relating to Summer Time. In 1925, a law was enacted that Summer Time should begin on the day following the third Saturday in April (or one week earlier if that day was Easter Day). The date for closing of Summer Time was fixed for the day after the first Saturday in October.

The energy saving benefits of Summer Time were recognized during World War II, when clocks in Britain were put two hours ahead of GMT during the summer. This became known as Double Summer Time. During the war, clocks remained one hour ahead of GMT throughout the winter.